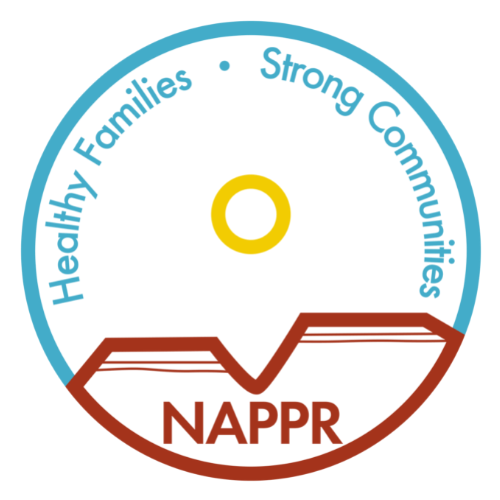 Native American Professional Parent Resources, (NAPPR) Inc. is located in Albuquerque, New Mexico and was founded in 1982 as a joint project between the Bureau of Indian Affairs and the New Mexico Department of Health to provide early intervention services to Native American families with young children experiencing developmental delays. Since that time, NAPPR has established itself as an independent 501(c)(3) nonprofit organization and grown from serving approximately 30 Native American children/families in 6 Pueblo communities to serving 400+ Native and Non-Native American families across a four county area. In addition to direct services to families with young children in these four counties, NAPPR also serves a much wider geographic range through the Albuquerque Area Dental Support Center. NAPPR now includes four distinct programs that aim to strengthen the communities we serve by increasing and supporting healthy families through a range of services. The original program—Early Intervention, continues to serve families (both Native and Non-Native American) who have infants/toddlers who are experiencing developmental delays or who are at risk factors for developmental delays. NAPPR also provides universal home visiting using a culturally based model for Native American families with children prenatal through age five, Early Head Start center and home based services for Native and Non-Native American families with children prenatal through age three, as well as support services for Indian Health Service funded Dental Clinics..

All programs and services are supported through a combination of state, federal, and private funding/donations.

In 1992, when funding changed, NAPPR faced the possibility of closing its doors forever. However, under the direction and leadership of the five original board members, the decision was made that the services provided by NAPPR were too important to stop. As a result, NAPPR spun off and became an independent organization.

NAPPR was incorporated as a 501(c)3 organization in 1996 as Native American Pueblo Parent Resources.

Today, NAPPR stands for Native American Professional Parent Resources. While our name has changed, our organization has grown considerably, and new programs have been added, one thing remains the same: NAPPR is committed to our mission to “empower, educate and provide supportive services to build healthy Native and Non-Native American children and families.”

Our Awards and Achievements

Our Financials and 990 Forms can be found on NAPPR’s GuideStar page. NAPPR is a 501(c)3 tax-exempt organization. Our IRS identification number is 86-0894256.