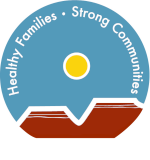 About Us: Our People – Executive Director

Lorraine Edmo (Shoshone-Bannock) joined NAPPR in early 2018. She has more than 35 years’ experience working on behalf of American Indian and Alaska Native people in both the public and non-profit sectors. Her most recent position was Deputy Director for Tribal Affairs at the Office on Violence Against Women (OVW) at the US Department of Justice in Washington, DC. In this position, Ms. Edmo was responsible for management of five different grant programs that served federally-recognized tribes and non-profit organizations. She also planned and facilitated the annual Tribal Consultation with tribes.

Prior to her work at DOJ. Ms. Edmo directed three national non-profit organizations which included the National Indian Education Association, the American Indian Graduate Center and the federally-chartered National Fund for Excellence in American Indian Education which was authorized by Congress. She also worked on implementation of Executive Order 13096 at the US Department of Education. Ms. Edmo worked with tribes and Indian education organizations for nearly four years to secure the Order under the Clinton Administration. She was also been a corporate officer for the Native American Rights Fund, based in Boulder, CO and founded her tribal newspaper, the Sho-Ban News, after graduating from college. She has a Master’s Degree in Public Administration from the University of New Mexico and a Bachelor’s degree in Journalism with a second major in political science from the University of Montana (Missoula).

Lorraine is happy to be back in NM and is pleased to be a part of NAPPR, Inc. and to work with the dedicated staff that services the needs of families and children in its service area.

Scroll back to top